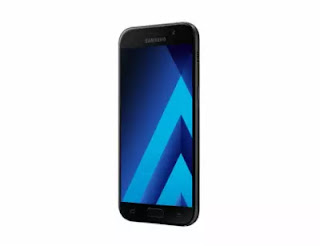 The Galaxy A5 (2018) is listed on the Geekbench database as being powered by a Qualcomm Snapdragon 660 octa-core SoC under the hood, a significant upgrade in terms of performance over the Exynos 7880 octa-core chip powering the Galaxy A5 (2017). Another key difference will be the amount of RAM onboard. While the Galaxy A5 (2017) only includes 3GB of RAM , the Galaxy A5 (2018) will apparently come equipped with a whopping 6GB of RAM . Thanks to the solid hardware inside, the smartphone scored 1591 points in the single-core test and 5706 points in the multi-core test.
That’s very close to what flagship smartphones score on Geekbench, so it will definitely be a beast of a mid-range device performance wise.

In terms of software, the smartphone is currently being tested on the Android 7.1.1 Nougat operating system. However, depending on when it arrives on the market, we wouldn’t be surprised if Samsung decides to ship it with Android 8.0 Oreo out of the box.
Rumors suggest Samsung is going to equip its future Galaxy A-series smartphones with a dual-camera setup, so it does seem likely that the Galaxy A5 (2018) will impress in the camera department as well. The current Galaxy A5 (2017) is already quite impressive in terms of camera performance, so we are very hopeful that the successor will offer further improved image quality.
The Galaxy A5 (2017) was announced in January this year, so it seems likely that the Galaxy A5 (2018) will debut around January 2018 along with the Galaxy A3 (2018) and the Galaxy A7 (2018). In the coming weeks, we expect more similar leaks to surface online, shedding more light on the hardware specs of the Galaxy A-series (2018) family.

Shimla: Himachal Pradesh’s picturesque resorts of Shimla and Manali woke up on Wednesday to a white blanket of snow which was the season’s first snowfall in the state capital, the weather bureau said. The residents of Shimla shivered as icy winds brought down the minimum temperature. Tourist spots near Shimla, such Kufri, Fagu and Narkanda too experienced snowfall. […]

In May, Coolpad introduced its latest flagship smartphone called the Cool Play 6 in its home market of China. Today, the company has launched the phone for the Indian market. The high-end offering is being touted by the brand as a gaming smartphone. The phone packs in a Snapdragon 653 processor, mated to a beefy […]

Xiaomi Mi A1 and OnePlus 5 to Get Airtel VoLTE Support Very Soon; Internal Testing Going On

The Xiaomi Mi A1 and OnePlus 5 are the best devices in their respective price range. Airtel, which rolled out VoLTE services in Mumbai and five other regions will be adding VoLTE support for both the Mi A1 and OnePlus 5 very soon as the company is internally testing VoLTE in both the phones. Currently, […]